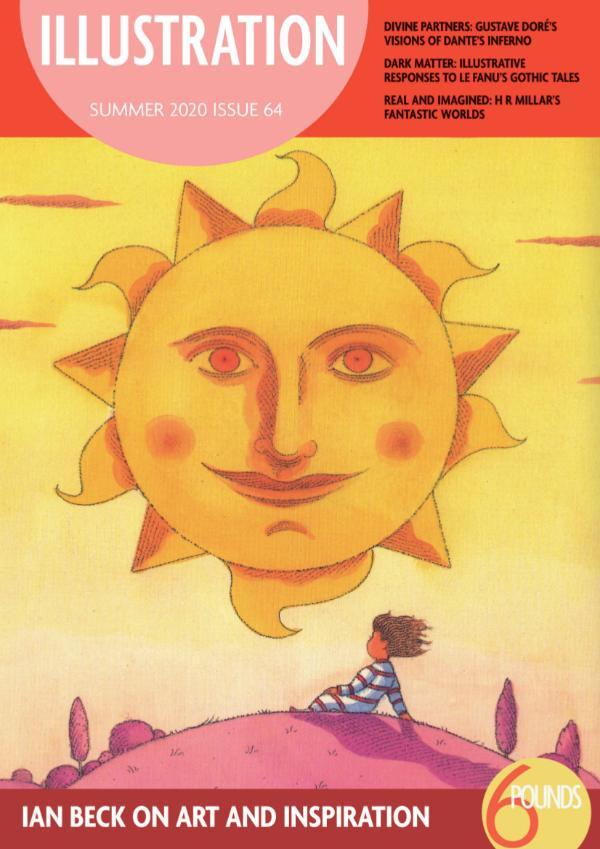 News and reviews
A brief round-up of current news stories, exhibitions and competitions - plus new books, reader offer, catalogues and websites, auction highlights and dates you need to remember.

Notebook
From his home Wimberry Bottom, in the Forest of Dean, illustrator and MA course leader Kieren Phelps records the trees and scenes from the woods that surround him.  He explains why keeping note-books is part of his personal fitness plan to achieve an active line in his art.

Interview: Ian Beck
The softly stippled watercolours of Ian Beck are instantly recognisable to anyone who grew up reading his interpretations of fairy tales or nursery rhymes, or who later enjoyed his novels for older readers. Other will have seen his commercial work, his fine press publications or even his films. He tells us about collecting books and his inspiration.

Illustrating Sheridan Le Fanu
Best known for his novel Uncle Silas and his dark and gruesome short stories, Sheridan Le Fanu's Gothic tales have fascinated illustrations ever since they were published. Different generations, however, have struggled to depict some aspects of his weird transgressive stories. We find out more.

H R Millar
For an illustrator known mainly for his illustrations of the fantasy worlds and magical time travel of E Nesbit and Rudyard Kipling, H R Millar was surprisingly fond of the mechanical realities of Edwardian steam engines and motorcars. His fantastical worlds were equally grounded with real, if highly decorative, architecture - chosen from an eclectic mix of historical periods and civilisations. We look at his inspirations from palaces and locomotives to dinosaurs.

The Art Society Press
For a brief period in the 1950s and 1960s, some schools as well as colleges started their own presses to give students experience and a chance to exercise their creativity. The best of these was probably the Art Society Press formed by the art club at King's School in Wimbledon. The books produced by young teenagers under the guidance of their teacher Robert Holloway can stand proudly along-side the best fine presses of the period.

Many illustrators have chosen to depict the scenes described in Dante Aligehieri's Divine Comedy  in particular his Inferno, however none has had as much impact on the imaginations of successive generations as Gustave Doré. Dramatic and on an epic scale, Doré's depictions of Hell and the sinners suffering within it have inspired artists and film-makers ever since they were first published almost 150 years ago.

Graduate round-up
two young artists fresh from their degree courses at The University of Gloucester and The University of Wolverhampton discuss their current work, their inspiration and their ambitions for their future artistic careers.

What are the key events, shows and exhibitions coming up in the next few months? Find our what you can't afford to miss.